The running of last Saturday’s $1m Bowermans Shorts (1100m) at Rosehill was always going to be an Everest-style clash between the top chances for the upcoming $15m Everest, with Chris Waller’s Champion Nature Strip giving his rivals a thumping….once again.

Having won the Gr1 George Main Stakes the race prior, jockey James McDonald highlighted once again that he is one of the best we have seen, with another faultless display on the last start Gr1 King’s Stand Stakes winner.

"Today was a nice day for him to do that," McDonald said.

"He was ok into speed - as good as he normally is anyway. I thought 'I won't move a muscle and see what actually unfolds'.

"There's no real pressure on us to hold a position. I just let him glide through and he did it beautifully.

"First half was great and at the 500 (metre mark), where he normally chimes into his races, he thought time was 'go', but as soon as I came back a little bit, oh boy, he came back and then it was just a matter of gliding up the running.

"He wears his heart on his sleeve. I think there is a little more to give but in saying that he was at his top."

With the Joe Pride trained Eduardo bustled from the barriers to take up the lead, the last start Gr3 Concorde Stakes winner sat clear of Bjorn Baker’s Overpass, while Nature Strip secured a cosy run on the fence in third position, travelling under a tight hold of McDonald.

As Eduardo began to pour the pressure on as the field thundered into the home turn, McDonald came off the heels of the leader and at the 200m found clear running to hit the lead and pull away for victory.

Still unofficially not in the final Everest field, Darby Racing’s Overpass fought down the home straight to reel in Eduardo and hold off the late charge of Lost And Running to take second – clearly highlighting that by the end of the week, the Vancouver 4yo will more than likely have a slot. 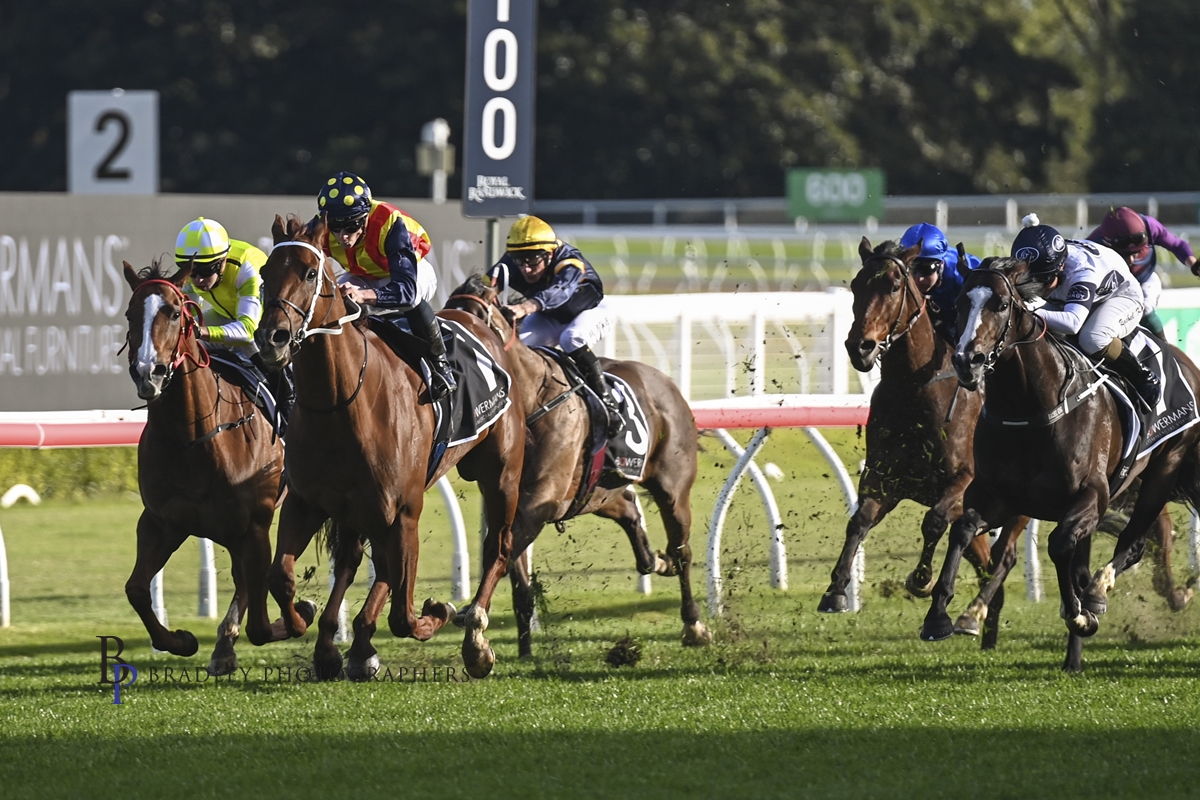 Coming from back in the field, the John O’Shea trained Lost And Running looked good, suggest the 1200m of the Everest will be right down his alley. Unfortunately, jockey Hugh Bowman was suspended for his ride on the son of Per Incanto for failing to ride him out to the line.

Eduardo weakened slightly to take fourth, while Snowden Racing’s Mazu (Maurice) was just off them in fifth, suggesting he will benefit greatly from the run.

With all of the top five likely to now head towards the Everest on October 15th, it will be interesting to see where they clash again as they head in, with some likely to head back to e races, while others may opt for a barrier trial.